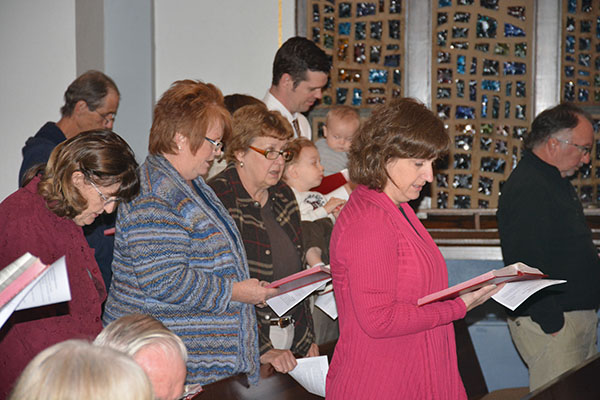 By Paul Black
SPRINGFIELD – Rev. Dr. Kent Lolling, directing pastor of Springfield Laurel UMC, noted the irony as he welcomed more than 100 people to a post-Election Day Service of Unity. 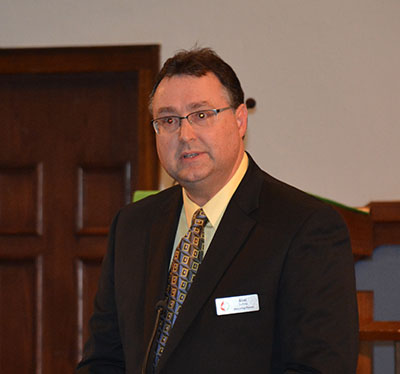 Organized by the church’s Peacemaker’s group, Laurel opened its doors to the community to gather for a time of healing, urging persons to put aside political differences and unite behind a common purpose.

Bishop Frank J. Beard, members of the IGRC Cabinet and several conference staff members attended the 30-minute service as did at least one state representative.

“We’re here in Springfield. Let’s look at our greatest president – Abraham Lincoln,” said Jack Shook, a member of the Laurel Peacemakers. “A house divided against itself cannot stand and that’s what we believe.”

Shook said the service was motivated out of concern for families and friends who were in different places with two different candidates, intensifying the need to come together.

The interfaith service included participants from the host church, the Laurel Peacemakers, Church Women United, Faith Coalition for the Common Good, a Dominican Sister from the Catholic Church and a representative of the Islamic Society of Greater Springfield. 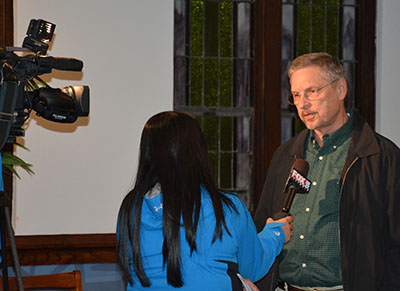 “The election stirred up a lot that was existing in the country,” Sangamon River District Superintendent Terry Harter said. “There are still longstanding wounds, understandings and regional differences that need to be healed and addressed. Christians need to be in prayer about that.”

“I’m for community and for people being in conversation and caring for one another,” Harter said. “You can care for people that you strongly disagree with. The church is supposed to witness that in the world, not just about politics.”

While the election was divisive, Sara Isbell, pastor at Chatham UMC, said she remains optimistic.

“I believe God will work with us and walk us through this difficult time,” she said.