By Paul Black
PEORIA – Elmwood journalist Jeff Lampe recalls his nervousness when news circulated in spring 2013 of an East St. Louis pastor being appointed to the local United Methodist Church.

“My initial response was that Elmwood seemed like the wrong fit for Pastor Brad Watkins,” Lampe said. “I’ve been very pleased to have been wrong.”

For his work in the area of evangelism, Watkins is the 2017 Denman Evangelism Award winner for clergy. And for the first time since the award began in the former Central and Southern Illinois conferences in 1988 and 1989, the laity award is being awarded to a layperson in the same congregation.
Tom Hayes, a layman from Elmwood UMC, is the 2017 Denman Evangelism Award winner for laity. 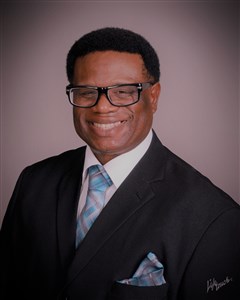 Giving credit to a strong team of laity, Watkins said that Elmwood is “the most loving community I’ve ever had in my ministry and in my life.”

Building on the groundwork of his predecessor, Mark Graham, Watkins said the support of leadership was critical. “A lot of people said they felt God working in the ministry we were doing,” he said. “I am just blessed I had a ministry like this once in my life. Many ministers don’t get what I have here.”

Among the ministry efforts that have facilitated others and equipped others in becoming disciples: Mottaz says that her husband recently commented at worship, “I don’t know half the people in this congregation. Isn’t that wonderful?”

“Perhaps his best evangelism trait is his intentional willingness to listen,” Mottaz writes. “Every encounter allows space for dialogue, no matter what the circumstance. The many individuals who met Christ for the first time with Pastor Brad – and those of us who have deepened our convictions – find in him the example Jesus set: he meets others in their comfort zone and then leads them into faith. Whether Pastor Brad is meeting a recovering alcoholic for coffee, talking to a blended family at Trunk or Treat, or connecting with Facebook, his focus is always making disciples.” 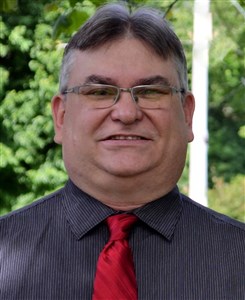 Hayes’ passion for leading and witnessing to his faith in Jesus can be evidenced in several ways. He has shepherded a technology upgrade in the church’s worship center, fellowship hall and children’s nursery. The effort has kept the congregation “connected” in all parts of the building and the upgrade has been instrumental for those occasions where a capacity crowd overflows into other areas of the church.

One of Hayes’ outreach ministries is teaching guitar at the church as a gateway for getting people inside the church. He has also been involved in the outreach/discipleship effort Celebrate, Serve and Impact or CSI, a weekend event with various musical acts and bands playing.

But he also uses ministry opportunities as mentoring opportunities. Hayes leads and organizes one of the worship bands, The New Day Band for the church’s 9 a.m. contemporary service. Persons in the church have seen first-hand witness and invite and welcome persons to Jesus Christ, with the multi-generational band serving together under his leadership and passion.

The same approach and passion carries over into the church’s video ministry. One team member, who was a marginal Christian for years, now looks forward to coming to church and serving because Hayes invited and trained him.
News