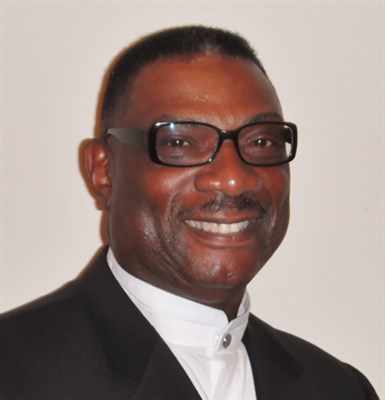 Beard, in making the announcement, said Weatherall was “the best missional fit for the needs of the Sangamon River District at this time.”  “With every appointment, we look to find the best possible match and in conversation with the District Committee on Superintendency, Sylvester’s gifts and graces mesh very well,” he said. “We will go through the same process in filling the vacancy left by this appointment in the Spoon River District as well as the LaMoine River District to ensure we address their missional needs as well.”

Weatherall, who is in his fifth year of superintendency, succeeds the Rev. Dr. Terry Harter, who is retiring July 1. The move means that Beard will have two superintendent vacancies to fill – in the Spoon River District and the LaMoine River District, where the current superintendent and co-dean of the Cabinet, the Rev. C. Douglas Rorex, has announced his retirement July 1.

The announcement marks the third time since the merger of the former Central and Southern Illinois conferences that a superintendent’s tenure has been divided between two districts. The other two came as a result of reducing the number of districts from 12 to 10 in 2005, as former Little Wabash District Superintendent J. Gregory Courtright moved to the Cache River District and served six more years, while Okaw River District Superintendent Gerald King moved to the Sangamon River District and served five more years. Both Courtright and King were appointed to the Cabinet in 2003.

The Book of Discipline stipulates that the normal term for a district superintendent “shall be up to six years, but this may be extended to no more than up to eight years at the discretion of the bishop, in consultation with the cabinet and the district committee on superintendency.”

Weatherall is certainly no stranger to the Sangamon River District having served 11 years in the Springfield East Side Mission Parish, serving a predominantly white congregation at Kumler UMC and a predominantly African-American congregation at Grace UMC, from 2002 to 2013. He also also pastored the East St. Louis Metro Ministry which became Washington Park Grace (later part of Trinity UMC) for 13 years.

In 2016, Weatherall was the Illinois Great Rivers Conference’s nominee for bishop at the North Central Jurisdictional Conference.

Born in St. Louis, Mo., Weatherall graduated from East St. Louis High School, McKendree College and Eden Theological Seminary, graduating with a Master’s of Divinity degree in 1991.  A probationary member in the former Southern Illinois Conference in 1990, Weatherall was ordained into full membership in 1993.