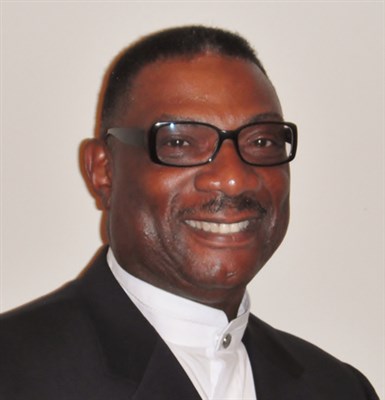 Weatherall emerged from a field of four finalists Nov. 7 that capped a month-long period of prayer and discernment by the IGRC delegation as to whether to offer a candidate to the 2016 North Central Jurisdictional Conference, which will be held July 13-16, in Peoria.

“I am both honored and yet, humbled (by the endorsement),” Weatherall said. “It is an honor that colleagues and friends would discern me that I have the leadership gifts needed to lead the church in this set-apart ministry, and yet, I am humbled, knowing that no one can be fully prepared for every situation or issue until they are elected and faced with leading the church.”

Bishop Gregory V. Palmer of the West Ohio Conference and former bishop of the Illinois Area, noted Weatherall’s gifts in 2012 when he appointed him to the Cabinet.

“He is a strong preacher and has the heart of an evangelist,” Palmer said. “In every community where he has served he has a track record of missional engagement. He is a compassionate pastor and a committed lifelong learner.”

Weatherall said he sees the role of bishop as being a cheerleader for the pastors of the Area, bringing inspired leadership to those who are in the main arena of disciple-making – the local congregation.

“I have no doubt that God is already at work in local congregations through the United Methodist connection,” Weatherall said. “My job would be as a cheerleader to what’s working and to walk with those where encouragement and hope is needed. It is my prayer that together we will have the strength to love one another – even when the way is not clear to some of us. I seek to find God in each moment we encounter, and I am confident and have faith in the gifts God has given us to serve the Church. And, because God is there, I already feel at home.”

During his tenure as superintendent, the Spoon River District continued to be a leader in the conference’s $2.5 million Imagine No Malaria campaign as well as one of the leading district in the payment of conference and general church apportionments.

Born in St. Louis, Mo., Weatherall graduated from East St. Louis High School, McKendree College and Eden Theological Seminary, graduating with a Master of Divinity degree in 1991. A probationary member in the former Southern Illinois Conference in 1990, Weatherall was ordained into full membership in 1993.