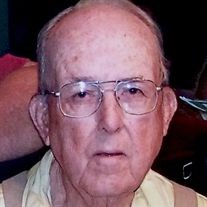 Burl L. Rich, 87, of Robinson, formerly of Flat Rock, IL died at 2:45 a.m. on Saturday, August 2, 2014 at the Good Samaritan Hospital in Vincennes, IN. He was born September 6, 1926 in Honeycreek Township, the son of Lewis Samuel Rich & Mary Augusta Wallace. Burl served his country in the U.S. Navy during World War II. Back home, he worked for Marathon Oil for 39 years before retiring in May of 1985. He was a longtime United Methodist lay pastor and had attended South Union Church.

He was preceded in death by his parents and his brother, Oliver Ray Rich.