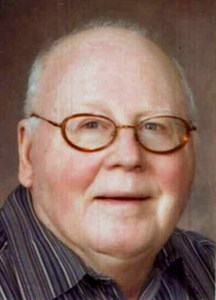 He received a Bachelor of Arts from West Virginia Wesleyan College in 1954. He continued to study theology at Northwestern Garrett Evangelical Theological Seminary in Evanston, Ill., and graduated in 1962 with a Bachelor of Divinity. This is where he met his wife. He served the Lord throughout the former Central Illinois Conference of United Methodist Churches and served in the various towns of Vermillion/Clay’s Prairie, San Jose, Manito, Glenarm/New City, Williamsville, Jacksonville, Pekin, Nokomis, Virden and Moweaqua. During his 38 years in the ministry, and before his retirement in 1993, he united six churches (three two-point circuit churches) into three church congregations.

He was a member of the First United Methodist Church in Taylorville and a former member of the Rotary Club. He and his wife, Helen, owned and operated Helen’s Travel Center, Inc., in Taylorville for nearly 25 years, where they enjoyed organizing, traveling and volunteering on mission trips to Alaska, Haiti, Russia, China, Africa, Puerto Rico, Chile and the Caribbean.  Harold enjoyed 20 years of taking church youth on camping and canoeing trips throughout the rustic and white water Canadian-boundaries.  He enjoyed being outdoors, bird watching, reading, woodworking and activities in the local church and volunteering in mission work.

Those who knew him well, would describe him as a man with a sense of humor, who would offer a friendly “hello” in passing others, and a conversationalist.

He was preceded in death by his parents and brother-in-law, Jack Stewart.