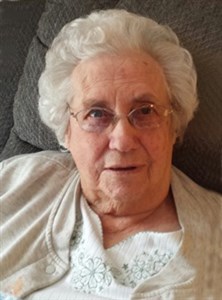 A memorial service will be held Monday, March 12, 2018 at 2:00 p.m. in Centenary United Methodist Church in Effingham, IL with Rev. Christine Cunningham officiating. Visitation will be from 1:00-2:00 p.m. Monday in the church. Memorials may be given to Centenary United Methodist Church of Effingham, IL. Arrangements are by Howe and Yockey Funeral Home, Shelbyville, IL.

Esther was born on August 26, 1924 in Lemington, Wisconsin, the daughter of Clarence and Fern Ames Taylor. She graduated from Chetek High School the Class of 1942 and later from Flat River Junior College in Missouri. Esther married Rev. William Everett Craig on Sept. 18, 1942. They were married 66 years before his death in October 27, 2005. She was a librarian, substitute school teacher and most recently the Director of the Education Department for Grace United Methodist Church in Decatur, IL. Esther was a member of the Centenary United Methodist Church of Effingham, IL.

She is survived by her three daughters, April Kautzner of Effingham, IL, Nan Seale of Portland, OR, and Terry Ann Edele (Terry) of O’Fallon, MO; five grandchildren; and seven great grandchildren.

She was preceded in death by her parents; husband, Rev. W.E. Craig; son-in-law, Ron Kautzner; three brothers; and two sisters.