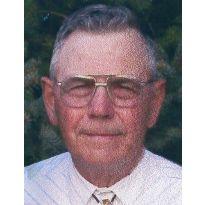 Robert McCarter, 72, of Robinson, passed away September 30th, 2013 at his home surrounded by his family. He was born on April 25th, 1941 in Honey Creek Township, the son of Roy and Ruth (Purcell) McCarter. Robert drove a truck for Mack Mason, ThermoGas, American Dairy, Tempco, Marathon for 28 years, FairRite and Jack Gaddis Oil. He was the president of Hardinville Water Company. In addition to this, Robert was a farmer, and the Pastor of the Pearl Chapel United Methodist Church for 26 years.Robert married Janice Fox on June 26th, 1960, and she survives in Robinson. Also surviving are his daughters and their spouses; Rhonda and Don Murphy of Robinson, Debbie and Ron Price of Robinson and Tangie and Jeff Jones of Robinson, grandchildren Seth Murphy and wife Kaite, Amy Summers and husband Brett, Abby McKinney and husband Jesse and Christopher Jones, Step Grandchildren George and Tina Murphy and family, John Murphy and family, Chris and Billie Jo (Murphy) Shook and family, Garland and Robin Murphy and family, Great Grandchildren Alivia Murphy, Austin Jones, Sophia Jones, Kayden McKinney and Keaton Summers. He is also survived by his Brother and Sister-In-Law George and Hazel McCarter of Pawley Island SC, Sister and Brother-In-Law Neoma and William Bailey of Benton, KY and several nieces and nephews.He was preceded in death by his parents, Step Mother Conchita McCarter Butler, and siblings Johnny McCarter, Norma Mae McCarter and Kenneth and wife Ann McCarter.Funeral Service for Robert will be held at 10:00am Friday October 4th at the Pearl Chapel Church in Rural Robinson with Pastor Fred White officiating. Burial will follow at the Pearl Chapel Cemetery. There will be a visitation at the Goodwine Funeral Home in Robinson on Thursday, October 3rd from 4:00 until 7:00pm. Memorials may be made to the Pearl Chapel Church; envelopes will be available at the funeral home.