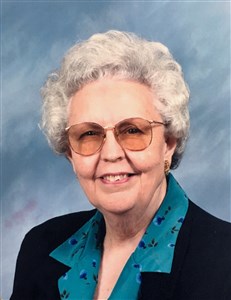 Lois Irene Hout, 86, of Robinson, IL, died at 8:00 p.m. on Sunday, May 27, 2018 in the comfort of her home surrounded by her family. She was born Saturday, March 26, 1932 in rural Flat Rock, the daughter of Lester Catt & Emma (Fear) Catt. Lois was a 1970 Graduate of American School, (which she accomplished over mail). She dedicated much of her life to being a homemaker. She also worked for L.S. Heath for 13 years before moving to Fairfield, where she worked for 11 years. For over 20 years, Lois volunteered at the United Methodist Village in Lawrenceville. She was a longtime and active member of the Otterbein United Methodist Church in Robinson. She was, by all accounts, an avid quilter, and longingly fashioned countless pieces for her friends and family. Following the passing of Chester in 1989, she made a point to have family dinners at her house every Friday night. This brought the family closer together and provided her with a new name: “Good Food Grandma”, a title she wore proudly for the rest of her life. Lois will forever be remembered for her heart of service and for the love she gave to her family and church family. She will sadly be missed, but we celebrate her homegoing. Lois married Chester Hout on Friday, October 17, 1952, and he preceded her in death on Thursday, November 9, 1989. She was also preceded in death by her parents; by her son, Bill Hout; by her brothers, Ernest Catt, Irvin Catt, Ralph Catt, LeRoy Catt; by her sisters, Madge York, Louise Sharon, Winifred Waggoner, and Audrey Rich; as well as two brothers and a sister in infancy. She is survived by her children, Randy Hout (Chatham, VA), Cheryl & Keith Hankins (Sumner, IL), and Jeff & Angie Hout (Fairfield, IL); by her daughters-in-law, Judy Hout (Robinson, IL) and Barb Hout (Oblong, IL); by 15 grandchildren; by 19 great-grandchildren; by 1 great-great grandchild; by her brother & sister-in-law, Donald & Christine Catt (Flat Rock, IL); by her sister-in-law, Doreen Parker (Robinson, IL); as well as several nieces and nephews. A time of visitation will be held from 4:00-7:00 p.m. on Wednesday, May 30th at the Goodwine Funeral Home in Robinson. Services will be held at 10:00 a.m. on Thursday, May 31st at the funeral home with Pastor Judy Williams officiating. Burial will follow in the Jones Cemetery in rural Flat Rock. Memorials may be made to the Otterbein United Methodist Church in Robinson, with envelopes available at the funeral home.