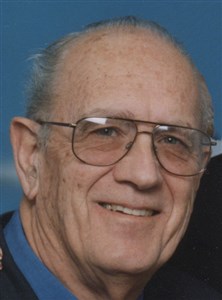 The Rev. Dr. William Glenn Browning, 86, departed this world on June 6, 2018 in Springfield, IL surrounded by his loving family.

He was the oldest of four children born to Francis Lavern Browning and Mary Edna (Briscoe) Browning. One brother, Dr. Ronald Browning preceded him in death. Dr. Browning was born in Chicago on February 6, 1932 and enjoyed the benefits of that great metropolis until he was 14 years of age. He frequented the museums, practically living in them, exposing himself to great art learning opportunities and the scientific expositions found in the city.

His freshman year of high school, his family became a farm family where many of his values were formed. He was raised Baptist, but at the age of 16, he became a Methodist and felt called to ministry when he was 18. He began serving his first church at age 19. After graduating from Crab Orchard Community High School, he attended Western Illinois State Teachers College where he earned a BS in Education, specializing in English Literature. He then enrolled at the School of Religion at the Evanston campus of Northwestern University and later earned a Doctor of Ministry degree at Eden Theological Seminary in St. Louis, MO.

While in high school, he joined Company L of the 44th Division of the US Army National Guard and served four years, just missing being sent to Korea when the truce was signed. He was in communications for his company. In his old age, he enjoyed attending his regiment’s reunions and was thrilled to participate in a Veteran’s Honor Flight to Washington, DC earlier this year.

While in college, he met the love of his life, Lily Ann Gill. They married in 1952 and enjoyed 66 years together. The Brownings enjoyed over 20 years of retirement and traveled from the Arctic Circle to the Antarctic and nearly 50 countries in-between.

Dr. Browning began serving churches in Worden, Illinois, and during his 43 years as a United Methodist Minister, he served churches in Worden, Plymouth, New Boston, Maquon, Keithsburg, Silvis, Beardstown, Kankakee, Monticello, Kewanee, and Monmouth, Illinois. He was chair of “The Commission on Peace and World Order,” and for ten years was president of the “United Methodist Credit Union.” He held positions on several boards of retirement homes and childrens homes and was chair of two United Methodist colleges and universities. He was a life member of AMVETS and a life member of the American Legion.

Along with his wife, Ann, he is survived by two daughters, Patricia Jamison and son-in-law Dr. John Jamison of New Berlin, Illinois, and Deborah Lundberg and son-in-law Donald Lundberg of Salem, Oregon. He leaves one son, William Browning and daughter-in-law Linda of Conifer, Colorado. He had five Grandchildren: Tricia Kinner (Michael) of New Berlin, IL, Brandon Feicho (Becky) of Round Rock, TX, Dr. Diana Browning of Long Beach, CA, Melissa Dundov (Chris) of Bloomington, IL, Kathryn Gutierrez (Jacob) of Algonquin, IL. Nine Great-Grandchildren: Benjamin and Emily Kinner of New Berlin, IL, Lily, Timothy and Jason Feicho of Round Rock, TX, Logan and Ava Gutierrez of Algonquin, IL, Aubrey and Isabelle Dundov, of Bloomington, IL. He is also survived by one brother, Robert Browning (Deborah) and one sister, Beverly Aayars, as well as several nieces and nephews.

Dr. Browning requested that anyone wishing to offer a memorial, please send it to MySmileTrain (my.smiletrain.org).

To send flowers or a remembrance gift to the family of Rev. Dr. William Browning, please visit our Tribute Store.