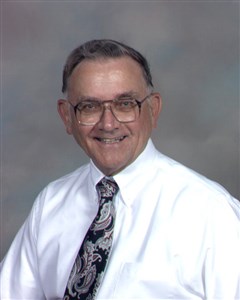 Following attendance at Granite City High School where he participated as a wrestler, Pastor Bob enlisted in the Air Force serving during the Koran Conflict.  He played the trumpet in the 114 Air Force Marching Band.  Upon the completion of his military service, he worked for IBM for six years.  He then attended and graduated from Valdosta State College and Emory University with his Masters of Divinity degree.

Pastor Bob served the communities where he lived.  He was a pastor to the people.  He never met a stranger.  He officiated at weddings and funerals to numerous to count.  He served for 12 years as Chaplin for Hospice and many years as Chaplin for the Legion Post.  He was a member of the Masonic Lodge and other community groups.

His love for the trumpet and his nation called him to play taps for many who served in the military.  Because of his love for music, he played in the Carlinville Municipal Band for many years.  He was an avid St. Cardinals fan and loved attending games.

Online condolences can be given at www.davisandersonfuneralhome.com .

Davis-Anderson Funeral Home, Carlinville is in charge of arrangements.