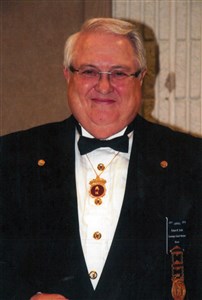 The Rev. Dr. Robert William Smith, 75, of Bourbonnais, went to be with his Heavenly Father on Thursday, August 30, 2018. Visitation will be from 2:00 p.m. to 6:00 p.m. Sunday, September 2nd at Schreffler Funeral Home in Kankakee and 9:30 a.m. 10:30 a.m. Monday, September 3rd at Asbury United Methodist Church. Funeral services will be at Asbury United Methodist Church on Monday, September 3rd at 10:30 a.m.
Robert W. Smith was born December 13th, 1942 in East St, Louis, IL. He was the son of Robert Frederick Smith and Eva Mae (Stimmel) Smith. Robert (Bob) attended Belleville Township High School, where he graduated in 1961. He received his Bachelor of Science degree in Business Administration, Chemistry and Math from Southern Illinois University in 1970. Bob worked for Monsanto Chemical Company as a Chemical Engineer before he got called into the ministry. At that time, Bob moved his family to Atlanta, Georgia where he attended the Candler School of Theology at Emory University. He graduated with a Master of Divinity degree in 1973. Later in life, Bob furthered his education by receiving a Doctorate in Theology at the Nazarene Theology School at the University of Missouri in 1999. He was a student pastor both in Georgia and in Illinois before he was an ordained minister. As an ordained pastor, Bob ministered at six United Methodist churches throughout central and southern Illinois. He retired on July 1, 2008 with 39 years in the ministry. Bob was a man of prayer and study. He knew his Bible inside and out.
After retirement, Bob became very active in the Independent Order of Odd Fellows. Bob was elected to serve as Grand Chaplain for the state of Illinois and Grand Master of Illinois. In 2013 he was elected as the world- wide Sovereign Grand Master. He traveled Europe and Canada as the representative for the IIOF.
Bob married his high school sweetheart, Rita Ann Gardner on April 13, 1963. To this marriage was born two daughters; Renee (Smith) Edmondson and Michelle (Smith) Gelso.
Bob’s beloved wife of 49 years, Rita, passed away on December 16, 2011. A year later, Bob asked a lady in his church out for dinner. Janet (Thacker) Reynolds could not resist his charm, and they married in April of 2013.
Preceding Bob in death were his parents Robert F and Eva Mae (Stimmel) Smith and wife of 49 years, Rita (Gardner) Smith.
Surviving are his wife of 5 years, Janet (Thacker) Reynolds Smith, daughters, Renee Edmondson (husband Randy) of Des Plaines, IL and Michelle Gelso of Metropolis, IL. Grandchildren: Megan Edmondson Pullman (husband Ryan) of Bremerton, Washington, Elizabeth (Libby) Edmondson at SIU of Carbondale, IL and Matthew Edmondson of DesPlaines, IL, Katie Gelso of Metropolis, IL and Paige Gelso of Murphysboro, IL. Also surviving are his sister, Marjorie Cox of Ohio and brother, Ken Smith of California. Memorials can be made to Asbury United Methodist Church.