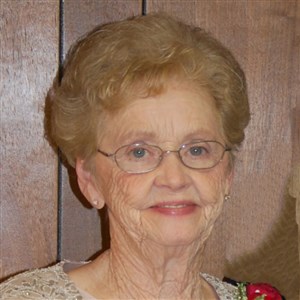 Rebecca Joan Beck-Sturm, 86, formally of Mt. Carmel, Illinois passed from this life on Sunday July 15, 2018 at 8:00 a.m. at the Wabash Christian Village in Carmi, Illinois.

Joan was born December 17, 1931 in Keensburg, Illinois the daughter of Leo and Ferris (Gray) Richardson.

She married John Harold Beck at the Methodist Parsonage in Bellmont, Illinois on June 17, 1949. Joan and John owned and operated Joan’s Craft and Gifts in Mt Carmel, Illinois for 11 years.  She also worked side by side with John for 33 years serving the Lord in song and service to the people of the United Methodist Southern Illinois District.  They enjoyed 54 years of marriage before his death on September 1, 2003.  Joan later met and married Lenard Sturm in Grayville, Illinois on January 5, 2008.  Their time together was shortened when he passed away on April 28, 2014.   Joan was a lifelong member of the Evangelical United Methodist Church in Mt. Carmel, Illinois.

Preceding her in death along with John and Lenard were her parents, brother Wayne Richardson, sister Barbara Stephens, one infant grandchild and one infant great grandchild.