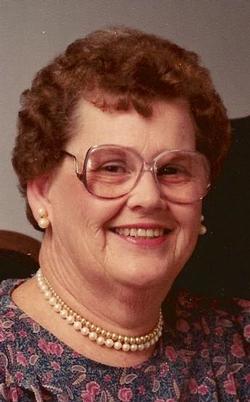 Funeral services will be held at 4:00 PM Thursday, May 29, 2014 at the Arthur United Methodist Church, Arthur, with Rev. David Phillips and Rev. Leroy Allison officiating. Burial will follow in the Arthur Cemetery. Visitation will be held one hour prior to the funeral at the church. Shrader Funeral Home, 431 S. Vine Street, Arthur, is assisting the family with arrangements.

Survivors include her 2 daughters, Linda (Rev. David) Phillips of Peoria; Alice (Brian) Brooks of Jacksonville, Florida; son, William L. Oesch of Arthur; 1 granddaughter, Hannah (Ken) Humphrey of Peoria; and 2 great grandsons, Kenny and Andy Humphrey of Peoria. She was preceded in death by her parents and 2 brothers, and 2 husbands.

Esther was a graduate of Bloomington High School Class of 1945. She sold commercial classified advertising for the Bloomington Pantagraph for 22 years; was an Arthur community bus driver; and had worked as a bookkeeper for County Line Cheese. She was a member of the Arthur United Methodist Church where she was active with the United Methodist Women. She was also a member of the Springfield Doll Collectors Association.

Online condolences to the family may be sent to www.hilligossshraderfh.com