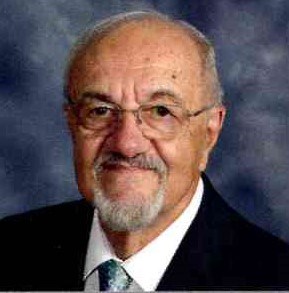 Pastor was born on February 15, 1936 in Watertown, MA, the son of Dominic and Ida (Scipione) Piscatelli.

He is preceded in death by a son, Daniel; brother, Vincent; and sisters, Edith and Ruth.

Pastor Dick has been serving Williamsville United Methodist Church since 2006. Dick was graduated from Asbury College in 1980 and Asbury Theological Seminary in 1983, in Wilmore, Kentucky.  He began his ministry at Buffalo and Dawson United Methodist Churches, Trinity UMC in Paris, IL, First UMC in St. Elmo, and Roanoke and Secor UMCs.

He was past president of the Lions Club in Paris, IL and past member of the Paris Rotary Club.  Pastor Dick was a member of the PGA (Preachers Golf Association).

He served for the US Navy for four years.

Memorials can be given to the Williamsville United Methodist Church or the Retired Preachers Aid Society.

Mott & Henning Funeral Home is assisting the family. On-line condolences can be shared at www.mottandhenning.com.