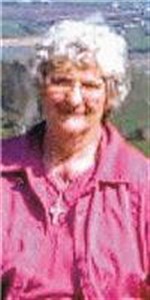 She was born Dec. 26, 1938, in Fort Scott, Kansas, the daughter of George Emmett Fultz, an engineer on the Frisco Railroad, and Rose Manilia Hall Fultz, an elementary school teacher and principal. She was premature and suffered from anoxia, causing mild cerebral palsy and a hearing loss. When her father died in 1941 of leukemia, her mother went back to teaching in Pittsburg, Kansas, where Vae Rose grew up and attended Pittsburg Kansas State University, receiving her Bachelor of Science degree in elementary education. It was here that she received speech and language therapy from the Institute of Logopedics clinic as a child. Later, she taught multiple handicapped deaf children there for three years as her first teaching position. She obtained her Master of Science degree in deaf education from the University of Kansas and then taught multiple handicapped deaf children at the Kansas School for the Deaf for five years before deciding to become a school psychologist. She was the psychologist for the Vocational Rehabilitation Center at the Missouri School for the Deaf for three years. Feeling she needed to help children with multiple learning problems, she received her Master of Arts degree in psychology from the University of Illinois while working at the Illinois School for the Deaf in Jacksonville for 28 years. During that time, she saved vacation time and attended the University of Northern Colorado, where she earned her Doctor of Education degree in special education and rehabilitation with the assistance of two signed English interpreters. She retired in 1999 and felt called to become a deaconess.

A funeral will be at 10 a.m. Monday, April 29, 2019, at Centenary United Methodist Church in Jacksonville. Visitation will be from 9 to 10 a.m. Monday, prior to the service, at the church. A committal service will be at Highland Park Cemetery in Pittsburg, Kansas. Memorials are suggested to Centenary United Methodist Church. Buchanan & Cody Funeral Home in Jacksonville is in charge of arrangements. Condolences may be sent at buchanancody.com.