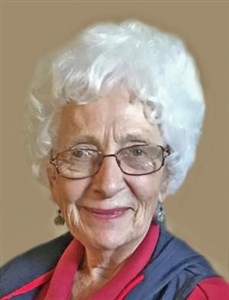 Lillian L. Phillips, age 86, of Kinmundy, died Monday, May 6th, at her home.  She was a retired educator and superintendent of schools and retired minister at various local churches.  She was a member of the Kinmundy Methodist Church and loved to travel.

Funeral services for Lillian Phillips will be held at 10:30 Friday at the Kinmundy Methodist Church, with David Kueker and Amy Jeffries officiating.  Burial in the Evergreen Cemetery in Kinmundy.  Visitation will be from five to eight Thursday night at the Rogers-Atkins Funeral Home in Salem.  Memorials for Lillian Phillips can be made to the Salem Township Hospital Foundation and can be left at Rogers- Atkins Funeral Home who is in charge of arrangements.

Lillian Phillips was born on January 13th, 1933 in Oklahoma City, Oklahoma to Cecil Bailey and Iren (Alberson) Bailey.   She married Theodore Phillips on November 22nd, 1953 and he preceded her in death.  She later married Kenneth Trimble on April 14th, 2016 and he survives in Newton.