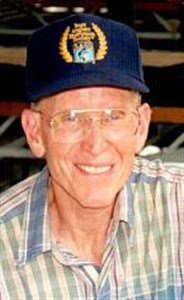 Reverend David G. Pease, of Janesville, WI, passed away Monday, May 13, 2019 at St. Elizabeth's home in Janesville, after a long illness. David was born September 17, 1932 in Shelbyville, IL, to Lloyd and Edith (Fader) Pease. David was the oldest of 7 children, and spent his childhood on the family farm. He graduated from Shelbyville High School, and from Greenville College (Illinois). David obtained his Master of Divinity degree from Garrett Theological Seminary in Evanston, IL. In his early ministry, he served as pastor of Free Methodist and Methodist churches in 6 parishes. In the mid 60's, David felt called to continue his ministry through 5 retirement communities (which are a vital part of the Methodist church) in Wisconsin, Illinois, and North Carolina, including serving at Cedar Crest in Janesville, where he oversaw planning and construction of Cedar Crest's Health Center. He served various roles as Administrator, Chaplain, and CEO throughout his career after pulpit ministry. David was passionate in his calling to serve older people, and create excellent communities for them. In each location of service, David is remembered as a beloved, skilled visionary. David loved his family, as well as having a passion for hunting, fishing, and boating.

He is survived by the love of life, Patricia "Patsy" Overturf Pease, who shared and actively served in all his areas of ministry. He is further survived by his four children: Steven Lloyd Pease and Michael David Pease of Janesville, LouAnn (Gerry) Chvatal of Lombard, IL and Jodi Lea (Michael) Mahoney of Chicago, IL. David is also survived by his sister, Doris (Jim) Sifford; his brother, Dwight (Kay) Pease; nine grandchildren; and six great-grandchildren. He was preceded in death by his parents; and siblings: Daniel Dwayne, Doyle, Dean, Debbie Pease, and Donna Minks. David served God, loved his family, and enjoyed his life for 86 years. All his family and friends are thankful that their lives were touched by David.

Funeral services will be held at 11 a.m. on Saturday, May 18, 2019, at CARGILL UNITED METHODIST CHURCH, with Rev. Susan Lockman officiating. Burial will be in Bethel Cemetery, Center Township at a later date. Visitation will take place on Saturday from 10 a.m. until the hour of service at the church. Family and friends are invited to a luncheon following the funeral, also at Cargill Church. Memorials if desired may be made to United Methodist Committee of Overseas relief, St. Elizabeth Nursing Home, Janesville, or to Marquardt Hospice.