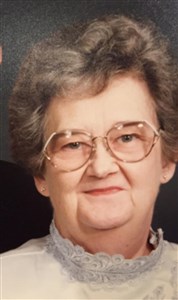 The visitation and funeral of Mary Rosebraugh will be held at Lexington United Methodist Church on Friday. Visitation will be from 9 to 11 a.m., with the funeral at 11 a.m., followed by the burial service in Lexington.

Mary graduated from Charleston High School and attended Eastern State Teachers College. She later worked in four counties in Illinois Public Aid and two school systems in Illinois as a secretary. Together for 42 years, Mary and Bob served at United Methodist churches in Danville (Farmers Chapel), Springfield, Lerna, Zion Hill, Vergennes, Joy, Catlin, Illiopolis and finally Lexington from where they retired in June of 1993 to Bloomington.

Beck Memorial Home, Bloomington, is in charge of arrangements.

Online condolences may be made to www.beckmemorial.com.