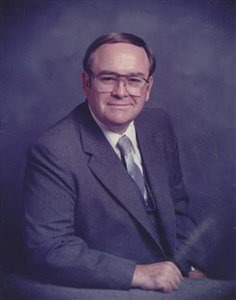 He was born September 15th 1937 in Groesbeck, Texas the son of James M. Jenkins Sr. and Lorene Griffis.  He married The Rev. Constance “Connie” Leonard on March 5, 1966 in Wichita, Kansas. She Survives.

Jim served his country in the U.S. Air Force retiring after 20 years seeing service in Vietnam.  After Jim’s retirement from the military he was called to the ministry graduating from Western Illinois University and the Garrett Evangelical Seminary at the Northwestern University Campus in Chicago, IL.

Rev. Jenkins was appointed to many churches of the Illinois Great River Conference including Augusta, Huntsville, Hull, New Canton and Kinderhook. Pastor Jenkins retired from full time ministry after serving the area for over 20 years until his retirement.  He had resided at the Illinois Veterans Home in Quincy, Illinois for the last several years.

He was preceded in death by his parents; one brother in infancy and two sisters.

Jim had a great sense of humor.  He loved God, his country and his church.  Most of all, he loved and delighted in his family.

Funeral services will be held on Tuesday morning at 10:00 AM in the Zehender Robinson Stormer Cookson Funeral Home with the Rev. Joe Tomich and the Rev. Patrick Leonard officiating. Burial will be in Greenmount Cemetery. The Scott Air Force Base Funeral Honor Guard will conduct military services at the cemetery.

Visitation will be Monday evening at the Zehender Robinson Stormer Cookson Funeral Home from 3:00 until 6:00 PM and Tuesday morning from 9:30 AM until the time of services at the funeral home.