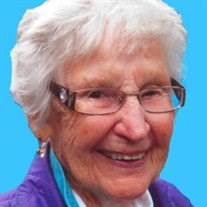 Ruth was a teacher at Je-Nier Elementary School in Momence, where she retired. She attended Greenville College and graduated from Illinois State University. Ruth was a member of the Retired Teacher’s Association. She enjoyed line dancing, square dancing, and loved to read. Ruth volunteered at the Riverside Medical Center gift shop for many years.

Ruth was a member of master’s Blend Faith Group and a former member of Momence Unted Methodist Church. She was a parishioner of St. John Paul II Catholic Church in Kankakee, IL.