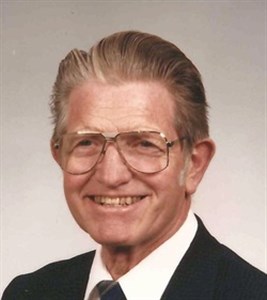 Rev. Nathaniel Hill Gwinn, 93, passed away Monday, June 15, 2015, at his daughters home from complications due to a stroke and skin cancers. Rev. Gwinn was born July 14, 1921, in Elton, WV, the son of the late Clarence Hill and Josie Exie Gwinn. Following graduation from Sulphur District High School in Sandstone, WV, he enlisted in the U.S. Army and served as a Medical Nurse during World War II and was honorably discharged on January 31, 1946. After serving our Country, Rev. Gwinn married Ruth Wynetta Hodges on February 7, 1946, in Reno, NV.

Rev. Gwinn attended College at West Virginia Wesleyan from 1949-1952 where he graduated. He then attended a Seminary School at Garrett Biblical Seminary where he was ordained into the Central Illinois Conference and served for the next thirty years. He served several Illinois Methodist Churches during his Ministry. He retired on July 14, 1987, to reside in Silver Springs, FL, with his wife, Ruth, whom preceded him in death on February 22, 1999. Rev. Gwinn pastored and attended Forest United Methodist Church for 21 years.

Memorials may be made to the daughters who, upon their father’s wishes, will be distributed evenly to Hospice of Marion County; the American Heart Association; The Veteran’s Administration and the Cancer Organization.