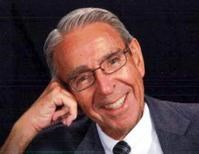 Bob was born in Sullivan, IL, August 26, 1936 the son of Charles P. and Lelia (Cox) McDonald. He married Margaret "Johanne" Barlet in Paris, IL February 27, 1960 and she survives. He is also survived by his son, Robert McDonald Jr, of Atlanta, GA, two grandchildren; Robert (Emily) McDonald III of Ferndale, MI and Courteney (James) Echols of Palm Bay, FL. He has three great grandchildren, a step brother, Jerry Rankin, step sister Margaret Davis, two half brothers, David and Dewey Rankin, and several nieces and nephews. His daughter, Rene Scroggins and a sister (Delores) preceded him in death.

Bob was a member of the Illinois Great Rivers conference of the United Methodist Church and in his spare time had a passion for gardening (especially flowers) and doting over his great grandchildren. He and Johanne moved to Palm Bay in 2018 to be near family, but never lost his fondness for Springfield.
Cremation rites have been accorded.

A memorial service will be held at Douglas Ave. United Methodist Church in Springfield, IL. on Friday, August 16, 2019 at 11:00 AM. Rev. Margaret Ann Jessup and Rev. Meredith Brown will officiate. The family will greet friends from 10:00 AM until the time of the service.

Online condolences may be left for the family at www.bischfuneralhome.com.