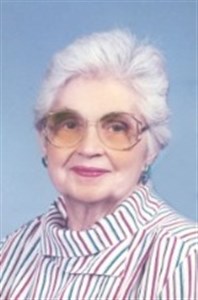 Winona S. “Nonie” Bolinger, 89, of Shelbyville, IL passed away at 6:17 p.m. Tuesday, July 21, 2020 in Shelbyville Manor, Shelbyville, IL. She will be forever missed but we know that she is whole again and reunited with the love of her life, they will live in peace forever more.

Nonie was born on December 13, 1930 in Shelbyville, IL, the daughter of Burl and Mary Ruch Shuff. She married George F. Bolinger on January 11, 1947. They built a beautiful life story, in which they had six children. George and Nonie dedicated themselves working selflessly in various roles at the First United Methodist Church of Shelbyville, IL. They were active with youth ministry for many years, assisted with the weekly Rotary lunches, and pioneered the Thanksgiving Day Celebration. Throughout her time she was a member in the Kuilka Chapter D.A.R. of Shelby County, president of the United Methodist Women, attended United Methodist general conferences, was on the board at MacMurray College in Jacksonville, IL., as well as many other volunteer endeavours that are far too many to count. Education was important to her and she could always be found with a book or crossword and ready to quietly debate any topic.

Family, God, Church and Travel were the loves of George and Nonie’s lives; we see them together again sitting by the edge of the ocean watching over us. Our memories are strong, the laughter and joy we shared as a family will see us all through until we see her again.

She was preceded in death by her parents; step-mother, Dorothy (Weakly) Shuff; husband, George; brother, Charles Shuff; sisters-in-law, Joan Craig, Lois Shuff and Jane Shuff; and grandchildren, Kimberly Bolinger and Eric Finks. They are once again together at the Big Conference Table in the Sky.