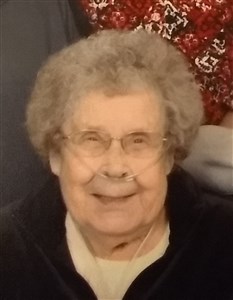 In lieu of flowers, memorials may be made to the Park United Methodist Church, Illinois Wesleyan University or Miller Park Zoo.

She was preceded in death by her parents, two brothers, two sisters and a stepson.

Rosemary served in the Navy WAVES during World War II. She loved collecting anything Snoopy and riding the Wesleyan fan bus to basketball games. She was a member of the Park United Methodist Church in which she participated in the Crusaders Class and Esther Circle. She also was a member and past commander of the AM Vets.

Condolences may be made to www.calvertmemorial.com