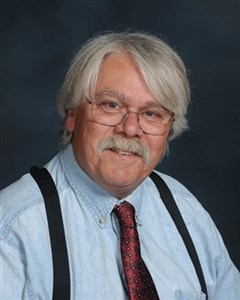 The Solon-Telford Funeral Home, Streator is in charge of arrangements.

Pastor Amenda was born July 1, 1950 in Decatur, the son of George and Margel (Wisley) Amenda. He married Lynne Redmen, March 9, 1990 in Streator.

He is survived by his wife Lynne of Streator; a daughter, Janet (Ryan) Murphy of Mackinaw; sons, Corey (Laura) Amenda and Mark Amenda Jr. both of Decatur; eight grandchildren and one brother, Jeff (Bonita) Amenda of Monticello and a sister, Rev. Emma (Rev. George) Van Luven Clarksville TN.

Mark was a master machinist having worked for several companies including Borg-Warner in Decatur. He was a Methodist Minister over the years in Mazon and Verona. He was a member of the Streator Masonic Lodge. Mark was an adopted member of the Shawnee Remnant Tribe of Ohio. He moved to Streator in 1982.

He was preceded in death by his parents and two sons.

Mark’s passion was as a race car driver and owner of 4L Amenda Motor Sports, where he achieved over 200 career wins. He was a national driving instructor and national chief of tech for the Sports Car Club of America and also served as the Chaplain for the Central Division of SCCA. He had driven his cars at many tracks including Indianapolis and with the World of Outlaws. He has racing items in both the National Sprint Car Hall of Fame, and LaSalle County Motorsports Hall of Fame

Memorials may be made to First United Methodist Church, Streator.

You may leave a condolence for the family at www.solontelford.com