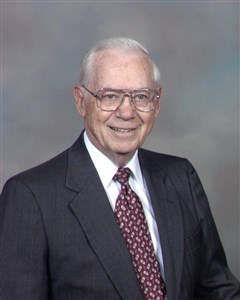 He grew up in the Sorento-Reno area and attended Reno High School. He served in The U.S. Coast Guard from 1942 to 1945. After the service he worked at American Steel and Laclede Steel in Granite City, IL. He was appointed pastor at Plattsburn, MO in 1952. He graduated with a BA from Missouri Teachers College in 1960 and then graduated from St. Paul School of Theology in Kansas City, MO in 1963.

He pastored churches in Missouri and Illinois. He retired from the ministry in 1988 after serving as pastor of the Greenville First United Methodist Church from 1981 to 1988. In retirement he assisted at Schildknecht-Young Funeral for several years. He had been active as the local welfare secretary for the Salvation Army. He enjoyed woodcrafting.