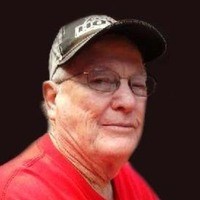 Ed was preceded in death by his parents; three brothers, Leo, Buddy, and Sonny; one sister, Lola Castellari; and one step-son, Wyatt Lansford.

Ed attended the United Methodist Church.  He was employed with the Illinois Central Railroad for 23 years.  He then went to work for Rockwell in Centralia, retiring after 18 years.  He was member of the United Auto Workers Union.  He loved the water and his boat, hunting and fishing.  He enjoyed going to flea markets, going out to eat and being around people.

Funeral Services for Raymond “Ed” Foutch will be held at 11:00 am on Monday, November 9, 2020 at Crouse Funeral Home in Salem with Pastor Lora Foutch officiating.  Visitation will be held from 9:00 am until 11:00 am at the funeral home.  Graveside services will be held at 2:00 pm at the Griffith Cemetery in Brownstown.  Memorials can be made to the Salem Ministerial Alliance Food Pantry and can be received at Crouse Funeral Home who is assisting the family.