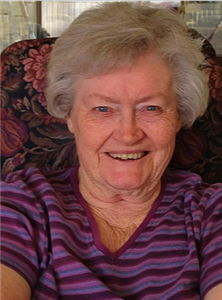 Mary Jo Williams, 87, of West Point, Illinois, passed away Wednesday evening, December 16, 2020 at 9:53 PM at the Sunset Home in Quincy following an extensive struggle with Alzheimer’s.

Mary Jo was born February 13, 1933 in Laurel, Mississippi, the daughter of Charles and Alice (Polk) McGinnis.  On February 13, 1954 she was united in marriage to Frank A. Williams in Mississippi.  He preceded her in death in 2016.  Mary Jo felt the call to join the ministry in the 80’s. She graduated from Garrett Seminary and served as minister in Point Pleasant, Bardolph, and New Philadelphia Methodist Churches for over 20 years retiring upon the onset of Alzheimer’s disease. Mary Jo moved into Sunset Home in Quincy, IL in 2014, and was a resident there until her recent passing.

She was preceded in death by her parents Charles McGinnis, and Alice Smith; husband, Frank; and two sisters, Betty Scott and Katherine Clark.