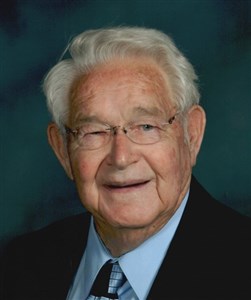 Rev. T. Owen Candler, 89, of Groveland, passed away Monday, February 1, 2021 at his home surrounded by his family after a brief illness.

Owen served in the Naval Reserves in Lynchburg, VA from 1948 to 1951. He then attended and graduated from Asbury College in Wilmore, KY, before attending and graduating from Christian Theological Seminary in Indianapolis, IN. He served as a minister for over 42 years at several Illinois churches including churches in Dennison, Cowden, Hindsboro, Murrayville, Cropsey, Bellflower, Neponset, Grand Ridge and retired from this community before moving to Groveland to be near two of his daughters and son, and their families.

He was a member of Zion Evangelical United Methodist Church in Pekin, the Illinois Great Rivers Conference of the United Methodist Church, a past member of the Lions Club, worked in the Church Camping Program and served as a Volunteer Fireman in Bellflower and Neponset, IL. Owen also enjoyed singing in the choir for many years, holding evangelistic revival services, fishing, woodworking, camping, and spending time with his family.

A private family service will be held and burial will follow at the Zion Evangelical United Methodist Church Cemetery in Pekin. Remmert Funeral Home is in charge of arrangements.