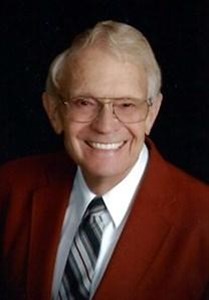 Rev. Dr. William Luther White, 83, of Normal passed away, after a brief illness, on Sunday, June 28 at Advocate/BroMenn Medical Center.

He was born in Brazil, Indiana on July 7, 1931, son of the late Luther and Beatrice White. His brother Phillip preceded him in death.

After graduation from DePauw University, where he had a Rector scholarship, he completed his master of divinity at Garrett Theological Seminary and a Ph.D. in Theology & English Literature from Northwestern University. He was ordained an elder in 1957 in the Indiana Conference of the Methodist Church. He served churches in Chicago, IL and Evansville, IN before his appointment as Chaplain and Professor of Religion at Illinois Wesleyan University. He served IWU for 33 years. Among the many courses he taught, were courses on Christian social ethics, Christianity & the Arts and Literature. He was a C.S. Lewis scholar and his book, "The Image of Man in C. S. Lewis," was a Pulitzer Prize nominee in 1969. He received a Community Leadership award at his 55th DePauw University reunion in 2008.

He led several IWU Russian travel seminars to the Soviet Union in the 1970's and 80's. He served on the national advisory boards of the Citizen Exchange Council and Christians Associated for Relations with Eastern Europe. His concerns for global peace led him to leadership roles in the McLean County Association for the United Nations and he was one of the founders of the Vladimir/ Canterbury Sister City Association of Bloomington/Normal. William was an active member at the First United Methodist Church in Normal and a past president of the College Alumni Club. Among his hobbies were raising black walnut trees, traveling, gardening, visiting his children and grandchildren, and participating in book and discussion groups.

William and his first wife, Patricia Orr, were parents of Lucinda, Christopher, and Duncan. William and Ann B. White were married in 1980 and he was her beloved husband for 35 years and a loving father to her children, Erik and Jennifer.

A celebration of life service will be held at 11 AM on Saturday, September 5 at First United Methodist Church in Normal with Rev. Dr. Donald Jackson and Rev. Dr. John McFarland officiating. Visitation will be held from 4 to 6 PM on Friday, September 4 at the church and for an hour prior to the service. Following the service, a luncheon will be held at the church with the inurnment at East Lawn Memorial Gardens at 3 PM. East Lawn Funeral Home is in charge of arrangements. Condolences may be left at www.eastlawn-bloomington.com. Memorial gifts may be sent to Illinois Prairie Community Foundation - Arts & Culture Endowment, 2401 E. Washington, Bloomington, IL 61704.


"Now begins the Great Story which no one on earth has read, the story which continues forever, with each new chapter better than the previous one." William Luther White, after C.S. Lewis