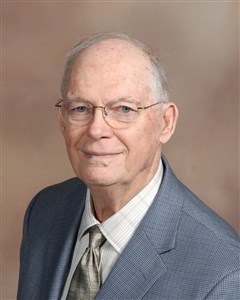 Jack graduated from Harrisburg Township High School, attended Southern Illinois University, and received a Master of Divinity Degree from Emory University in Atlanta, GA. In 1968, he was honored by McKendree University with the Doctor of Divinity degree. Jack served as a pastor in East St. Louis and East Alton, where new churches were built, as well as Wesley Church in Macomb, and First UMC in Pontiac. He also served as District Superintendent in Lebanon and Springfield, IL.

He wanted only to be a pastor, but also served as a Board of Trustee of Methodist Hospital Peoria (20 years), McKendree University (44 years), and was the founding pastor of Wesley Village Retirement Home in Macomb and the Midwest Mission Distribution Center in Chatham. Jack and his wife, Jerry, were married for 63 years and they loved serving the church wherever the need took them. They had three children, Stan (Anna, deceased) Springfield; Jan, deceased (Mike Thurow) Fayetteville, AR; and Craig (Beth) Naperville; as well as six grandchildren and nine great-grandchildren. It was a joy for both of them to care for the people of their appointments and to care for the clergy families in the Districts where they were appointed.

A private family burial was held on Saturday, January 23, 2021, at 12:30 p.m. at Oak Ridge Cemetery with Rev. Kent Lolling officiating.