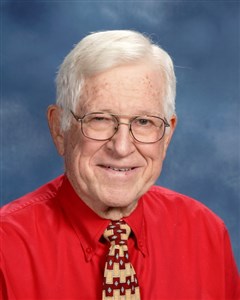 Bob graduated from Bridgeport, Illinois High School in 1952. He earned his bachelor's degree at McKendree College in Lebanon, IL, in 1956. He followed God's calling to earn his Master of Divinity at Garrett Biblical Institute in Evanston, Illinois, in 1960. From 1953 to 1991, he was a United Methodist Pastor, serving several Central Illinois churches. From July 1, 1991 to June 20, 1997, he was District Superintendent for the Illinois Great Rivers Conference. During his active years of ministry, he was one of the first Protestant clergy to attend a Roman Catholic Cursillo. This became the beginning seed of the birth of the United Methodist Walk to Emmaus and companion spiritual renewal program and similar programs in several other Protestant denominations.

After retirement, he continued to fill his time by giving back to the church as one of the first three part-time assistants to the Director of the Preachers' Aid Society, ministering to retired clergy in the Illinois Great Rivers Conference from 1999 to 2006. In addition, he devoted his time to others as a demonstration of Jesus' love through his volunteer work with United Methodist NOMADS; Habitat for Humanity; First United Methodist Church in Peoria; Salvation Army Bell Ringing; AARP senior citizens tax assistance; Highlands Regional Hospital of Sebring, FL; Proctor Unity Point Hospital of Peoria, IL; Heart of Illinois Harvest Food Bank; and numerous other short-term missions and services. He was a devoted donor of blood plasma/platelets, donating fifteen to twenty times per year for over fifty years. Bob felt "that as Jesus gave his life for him, he wanted to give blood to help save lives of others."

Despite an abundance of work and volunteer activity, Bob continued to find time to engage in his hobbies. He enjoyed gardening, nature, walking (six miles per day), biking, and reading (one to two books per week). Bob cherished camping trips and spending winters soaking in the warm Florida sun together with his beloved wife, Joanne. Although he was a quiet man of few words, Bob sincerely appreciated all of his friends and the relationships that he formed. He remembered even the most minute details of those relationships, valuing the uniqueness of every individual that he met. He will be greatly missed yet carried on in the hearts of many.

First United Methodist Church, 116 NE Perry, Peoria, IL, will host the visitation on Thursday, June 3rd, from 4:00 pm to 6:00 pm. Additional visitation will be Friday, June 4th from 10:00 am until 10:45 am with his memorial service to follow at 11:00 am also at First United Methodist Church. Memorial contributions can be made to the Preachers' Aid Society and Benefit Fund tinyurl.com/mk9f7578 or PO Box 19207, Springfield, IL, 62794),  the Salvation Army of Peoria tinyurl.com/342ezp47, or the American Red Cross redcross.org/donate/donation.html.

Cremation rites have been accorded. A private inurnment service will be held at Resurrection Mausoleum in Peoria at a later date. To share a memory or send a condolence for his family, visit www.masonfuneralhomes.com.