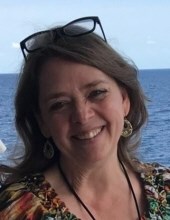 Barbara Sue Pomeroy, 65, of Toulon, formerly of Knox, IN, was a caring wife, mother, grandmother, sister and friend. She left this world peacefully at 4:08 a.m. Thursday, September 30, 2021 at her home. Barbara was born on February 16, 1956 in Eureka, SD, the daughter of Norval and Esther (Bratton) Wixom. She married Leon Pomeroy on August 27, 1977 in Caldwell, ID; he survives.

Barbara graduated with a Bachelor of Science in Christian Education from the former Gulf Coast Bible College in Houston, TX, in 1979. She served in the ministry alongside her husband, Rev. Leon Pomeroy. Her faith and love for God was expressed in vivid colors in the way she loved and cared for the people around her. She was a tender and compassionate soul with the strength of a lioness. The positive impact she made in the lives of those who crossed her path stands as evidence of her authentic love and genuine faith.

She was the volunteer director of the Stark County Pregnancy Resource Center; volunteer director of the Peer Counseling Center in Petersburg, IN; and a founding director of “The SwitchUp” youth center in Van Buren, IN; and was national director for 10 years for LTL (Loyal Temperance Legion) in the WCTU (Women’s Christian Temperance Union). Barbara homeschooled her children for 26 years, and was an active member of many churches in which her husband was pastor, most recently the Toulon United Methodist Church.

Her memorial service will be at 2:00 p.m. Tuesday, October 12, 2021 at the Toulon United Methodist Church in Toulon. Rev. Mary Kathryn Pearce will officiate. Visitation will be from 12:00 p.m. to 2:00 p.m. Tuesday at the church. Burial will be at a later date in Crown Hill Cemetery in Knox, IN. Haskell Funeral & Cremation Services in Wyoming is in charge of arrangements.

Memorial contributions may be made to Compassus Hospice or the Toulon United Methodist Church.