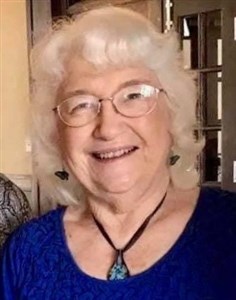 Born October 19, 1932 in Lawrence County, Illinois to Abraham Monroe and Bonnie Mabel (Waggoner) Schemerhorn, she married Rev. John R. “Dick” Seed, Sr., on December 8, 1948 in Bridgeport. He died September 30, 2015 in Peoria. She also was preceded in death by her parents; one granddaughter, Molly Brandenburg; one great-granddaughter, Jami Elizabeth Tankersley; two brothers, and one sister.

She supported her husband in full time ministry as a United Methodist Pastor, where he served churches in Petrolia, Pinkstaff, Coffeen, Murrayville, Greenfield, LaPrairie Center, St. Joseph, Springfield, Mt. Pulaski, Bonfield, Delavan, Little America and Manito. Her belief in God was important to her and the realization that He was with her all the time. She strived to always hear Him and to do His will.

Mabel retired from J.C. Penney in Pekin and previously worked for them in Champaign and Springfield. She was a member of Grace United Methodist Church in Pekin. Mabel loved to crochet and enjoyed spending time with her many children and grandchildren.

Her memorial service will be at 11 a.m. Saturday, November 6, 2021 at Grace United Methodist Church in Pekin. The Rev. Gary L. Ford will officiate. Visitation will be one hour before the service in the church. Inurnment for both Mabel and her husband will be at 1 p.m. Monday, November 8, 2021 at Camp Butler National Cemetery in Springfield. Military rites for Rev. Seed will be provided by the United States Navy and Interveterans Burial Detail of Sangamon County. Arrangements have been entrusted to Preston-Hanley Funeral Homes & Crematory in Pekin.

In lieu of flowers, memorial contributions may be made to The Preacher’s Aid Society, P.O. Box 19207, Springfield, IL 62711.