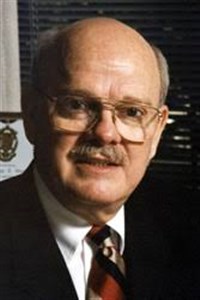 Rev. Dr. George Ewing Morris – evangelist, preacher, teacher, pastor, family man – transitioned to eternal life on November 21, 2021 in Canton, GA at the age of 86. “Sonny” was born in a coal mining camp on October 27, 1935 in Appalachia, VA to James Walker and Martha Virginia (nee Ireson) Morris. At age 17, he experienced a profound Christian conversion and was gripped by the call to Christian ministry.

He earned his B.A. at Asbury College, his MDiv. and DDiv. degrees at Vanderbilt University. He was ordained Elder in the Methodist Church in 1964 and ministered throughout the United States and in more than 84 countries around the world. He served rural circuit-churches, small town churches, suburban churches and two large inner-city churches. He served on the General Board of Evangelism of the United Methodist Church, as well as the executive committee of the World Methodist Council.

For sixteen years, George was the Arthur J. Moore Professor of Evangelism at Candler School of Theology, Emory University, Atlanta, GA. While there, he became the founding director of the World Methodist Evangelism Institute, a cooperative ministry of the World Methodist Council and Emory University. He co-authored several books with H. Eddie Fox, which were published in more than 40 languages. He was honored with dozens of awards for distinguished service in evangelism. The central focus of George’s extensive ministry was always to “share the Gospel by Word, Deed and Sign, in the hope that precious human beings might come to faith in our Lord Jesus Christ.”

George “set his cap” for Barbara Jean Murphy while they were students at Asbury College. In true form, he lovingly, relentlessly pursued her until she finally said “yes.” They were married September 1, 1956. He is survived by his precious Barbara and their four children: Tonya Morris Arnesen (David), David Wesley (Kathy), George Ewing, Jr. (Amy) and Seren Morris; four grand-children and four great grand-children, a sister (Patricia Grayson) and a large extended family. Despite his demanding schedule, he remained a loving and devoted husband, father, grandfather and family man. He will also be missed by countless friends and colleagues around the globe.

Darby Funeral Home of Canton, GA has arranged for his cremation. A Celebration of George’s Life and Resurrection will be planned in early 2022. Details will be posted at https://www.darbyfuneralhome.com.