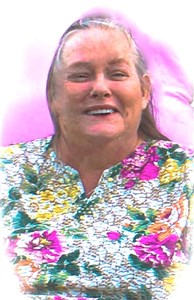 She was born on December 9, 1960 in East St. Louis, IL, the daughter of the late Jesse Luther and Margaret Rose (Pawlaski) Hunter. She married Leland Legg Jr. on April 9, 1988 in Springfield, and he survives.

Besides her parents, she was preceded in death by a son Christian Anthony Legg; a sister Linda Dawson; a nephew Trent Collier; her mother-in-law Betty Legg; her brother-in-law Greg Collier and her dear friend Teresa Carlton.

Beth is remembered as a “one of a kind” person with a sense of humor that could not be matched. While her death was unexpected, she was happy to pass before her husband, so she doesn’t have to “deal with his collections” anymore.

She showed her love for her children through embarrassing them, until they became old enough to embarrass her even more.

Family was very important to her, and she always looked forward to seeing her siblings at family functions. Whether it was vacationing with sister Ginny, visiting her sister Mary in Tennessee, or reminiscing about childhood shenanigans with her younger brother Jesse, she always loved the opportunity to spend some time with them. Beth is probably catching up with her sister Linda over a cup of coffee now.

Services are under the direction of Bisch and Son Funeral Home, 505 E. Allen, Springfield, where visitation will be held on Thursday, December 2, 2021 from 9 am until time of the funeral service at 11 am. The service will also be held at the funeral home with Rev. Meredith Manning Brown officiating. Cremation rites will follow.

Memorials may be made to the Charity of the Donor’s Choice.