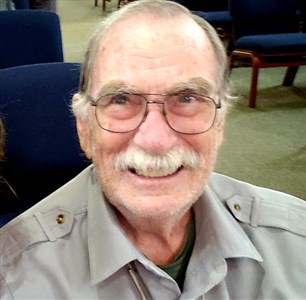 Rev. James Park McClarey, 88, a resident of The Lodge at Manito and a longtime United Methodist Pastor, passed away at 8:52 a.m. Thursday, December 30, 2021 in the emergency department of UnityPoint Health in Pekin.

Born August 10, 1933 in Viola, Tennessee to Rev. James O and Ruth (Park) McClarey, he married Antionette Kay Eastin on June 23, 1957 in Girard. She died October 30, 2016 in Decatur. He also was preceded in death by his parents and one infant daughter, Jeannie McClarey.

The memorial service was at 11:00 a.m. Saturday, January 8, 2022, at First United Methodist Church in Pekin. The Rev. Mary Kathryn Pearce and Rev. Bradley Watkins will officiated. Visitation was held one hour before the service at the church. Private inurnment will be in Graceland Cemetery in Decatur at a later date. Arrangements have been entrusted to Preston-Hanley Funeral Homes & Crematory in Pekin.