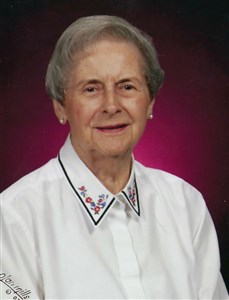 Frances was born May 7, 1922 in a small town outside of Milwaukee, Wisconsin to Frank and Marie Rothlisberger Schilling. After her father's sudden death, Frances and her mother moved to Monticello, Wisconsin to be nearer to her mother's family. Frances graduated from Monroe High School and then attended Columbus Hospital School of Nursing in Milwaukee, earning her RN. In 1945, she married Art Berling, a U.S. Postal Inspector. The couple raised two children, living first in Milwaukee and later in Dubuque, Iowa, where Fran worked as a visiting nurse and as a director of health care at a home for unwed mothers. After Art's untimely death, she married George Youtzy, a Methodist minister who did public relations and fundraising for the facility at which she worked.

Fran and George moved to Quincy in 1966 as George took on the public relations position for Chaddock Boys School. Fran continued to use her nurse's training, first by teaching in a local LPN school and later by helping to establish the Health Occupations Program in the vocational center at Quincy High School. She taught in that program for 10 years up until her retirement. George and Fran loved being a part of the Quincy community, attending local theater performances and holding season tickets to the Blue Devils basketball games. They also traveled extensively both in the US and throughout the world.

Fran was preceded in death by her husbands Art and George; and her parents.

A memorial service will be held at a later date.