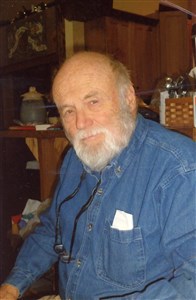 Richard (Dick) Kemp Brewer, nearly 85 years old, passed away on June 13, 2022 at Oakwood Village East following a decline in health. He showed his kind and caring spirit to his family and visitors and all who cared for him. He will be greatly missed by his wife, children and friends.

Dick was born in Whitefish Bay, WI, to his parents, Philip and Mary (Rowe) Brewer. Dick graduated from Whitefish Bay High School in 1955. He was very fond of his WFB classmates, and they enjoyed reunions until very recently. All of his higher education, from bachelor's degree to PHD was completed at University of Wisconsin Madison, followed by a Post Doc at Rand Corporation in LA California. Dick taught throughout the United States and Toronto Canada in the field of computer science.

He was married to the Rev. Marilyn Fernald Brewer for 42 years. Following Marilyn's retirement they settled in the home they designed and built on an acre of his grandfather's farm outside of Montfort Wisconsin. They enjoyed almost 20 years there before relocating to an apartment in Madison. Dick always referred to himself as a "City Boy" and loved Madison. He was a member of the Platteville U.C.C. where he felt very much loved by his church family.

He was preceded in death by his parents, Philip and Mary (Rowe) Brewer; his sister, Jane Brewer Rowe; his stepchildren: Leon K. Simpson and Gwen Simpson Fricke; and nephew, Christoph Besant.

Throughout his nearly 85 years Dick touched many lives. He will be remembered for his brilliant mind and compassionate spirit. He never met anyone he didn't acknowledge as fully human. It was in this spirit that he donated his body to the University of Wisconsin Medical School.

Pastor Sonia Ingebrits will officiate at a Celebration of Life at 11:00 a.m. at Mendota Shelter at 5133 County Highway M, Middleton WI. in Madison, Following the service a meal will be provided as well as pontoon rides for those interested.

In lieu of flowers, memorial donations may be made to the University of Wisconsin Medical School Body Donor Program or the Midwest Mission Distribution Center or Platteville Congregational United Church of Christ.

Special thanks to Agrace Hospice and the wonderful staff of Oakwood Village East for their compassionate care of Dick in his last weeks of life. We are forever grateful to them for his care throughout this closing chapter to a well lived life.