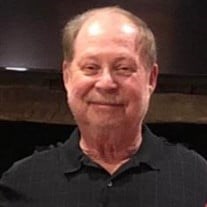 He was born on August 21, 1953, at home near Whittington, IL, the son of Cecil Lee and Mary Adeline (Horner) Atchison.

Cecil attended school in Benton, IL, and was a graduate of Benton High School Class of 1971. He continued on with his education attending at Southern Illinois University of Carbondale, IL, where he received his Bachelor’s Degree in Political Science in 1975.

He was united in marriage to Sharon Kaye Denton on February 14, 1981, in Marion, IL, and together they have shared over 41 years of marriage.

His working career was the Social Security Administration for 32 years, working in the Harrisburg, West Frankfort and Mt. Vernon, IL, offices until he retired as District Manager in 2009.

He attended Aldersgate United Methodist Church of Marion, IL, and was currently serving as Chairman of the Staff Parrish Committee and as a member of the Study and Facilitation Team. He was a member and teacher of the Good Shepherd Sunday School Class. He was a part of the Methodist Pulpit Supply Team and often would fill in preaching at different churches of the area when needed. In the past he was very involved in the “Walk to Emmaus Community” and help organize the Little Egypt Walk to Emmaus Group.

In his spare time, he enjoyed golfing, deer hunting, reading and studying the Bible. His passion was preaching and teaching the Gospel of Jesus Christ and helping others to walk in the way of Christ.

Spending time with family and friends was a very important part of his life. He looked forward to times everyone would get together and was known for a special desert that everyone always wanted him to bring “Cecil’s Bread Pudding.” The many memories created will now be cherished by those he leaves behind and was a great example of how one should live a life.

Following the time of visitation, the funeral service will be at 11:30 a.m. with Rev. Lance Leeds and Rev. James Slone presiding.

Interment will follow in Rose Hill Cemetery of Marion.