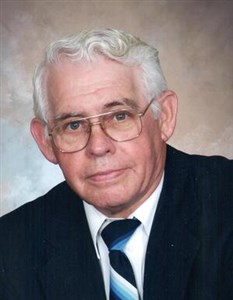 Richard L. Houser age 80, of Palestine, Illinois, formerly of Willow Hill, Illinois, departed this earthly world to join his Lord and Savior Saturday, September 24, 2022 at his home with his loved ones by his side.
Funeral services celebrating Richard's life will be held at 11:30 a.m. Thursday, September 29, 2022 at the Crain Funeral Home with Pastor Rev. Paul Gray officiating. Visitation will be held from 10:00 a.m. until time of service on Thursday. Burial will be in the Hays Cemetery, Hidalgo, Illinois.
Richard was born on August 26, 1942 in Jasper County, Illinois, the son of Milburn J. "Felix" and Norma (Wilfong) Houser.
On September 10, 1983, he married Mollie M. Miller. She survives.
Answering God's call to the ministry, Richard served as pastor for the Willow Hill and the Falmouth United Methodist Churches. He found great joy and comfort in doing the Lord's work. Prior to entering the ministry, Richard worked in the sales department of the Victor Dana Corporation for thirty-three years.
His memberships include the Willow Hill United Methodist Church and United Methodist Village Volunteers. Richard devoted time to his nursing home ministry, where he brought the message of faith and hope. He also found time to enjoy his many hobbies. He was an avid gardener and could be found at the Farmers' Market in Palestine during the summer. He enjoyed restoring cars and woodworking. In the late 1980's, Richard endeavored to save and restore his alma mater, the Willow Hill School House. He desired to give back to the community of his youth that he so loved. Still desiring to serve, Richard had a recent dream of starting a "Back Porch Ministry." Even though health became an obstacle, he knew "where two or more are gathered in my name, there am I in the midst of them."
The family takes comfort that he is resting with the Lord.
Richard will be loved and remembered by his loving wife and partner of thirty-nine years Mollie Houser of Palestine; sons Scott T. (Lisa) Houser of Florida and Phillip Dean (Sheba) Houser of Newton; daughters Lenna J. Houser (Rodney) Allison of Taylorsville, KY, Sheila D. Cook (Don) Tracy of Palestine, Holly M. Cook of Hutsonville, and Twilla D. Cook Davis of Palestine; many, many grandchildren and great-grandchildren; brothers Jim (Claudette) Houser of Rose Hill and Jerry J. (Diane) Houser of Robinson; and sisters Nancy (Jim) Ping of Oblong, Deena (Bob) Jones of Robinson, Cindy (Bill) Stanley of Effingham and Cami (Jeff) Ditter of Santa Cruz, CA.
He was preceded in death by his parents; son Richard Houser, Jr.; and brothers Ronnie, Tommy, Bill and Danny Houser.
Memorial gifts in honor of Richard may be made to the Pilgrim Holiness Church Youth Ministry. Online condolences may be offered at:
www.crainfuneral.com