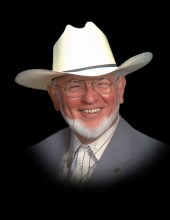 Rev. Paul Lees, 92, of Bloomington, formerly of Streator, passed away at 2:35 am on Sunday, October 16, 2022 at Martin Healthcare Center, Bloomington.

He was born December 17, 1929 in rural Herrick, son of Lowell and Berenice Feltenberger Lees. He was raised on a family farm in Oconee, IL.

Paul graduated from Pana Township High School in 1948. He went on to serve 45 months in the United States Air Force, military police, where he earned a sharp shooter medal.

He married the love of his life, Gertrude “Dollie” Short and together they raised two girls, Jodee and Sandra.

He was preceded in death by his parents and one grandson, Travis Ankrom.

As a “snowbird” he led an international worship service at Life Oak Resort, Arcadia, FL. In 2008, he and Dollie returned to Illinois and settled at Westminster Village, where he was active with vespers.

A deep faith and fierce love of the Lord and family were the driving forces of his life, with adventure-some spirit, passion for people and hunger for learning fueling it. Paul also enjoyed music, camping, hunting, fishing and dancing.

A memorial service will be held at 1 pm on Thursday, October 20, 2022 at Westminster Village Chapel. A private burial was held at Oak Grove Cemetery, LeRoy. Carmody-Flynn Funeral Home assisted the family with burial services.

In lieu of flowers, memorials may be made to Preacher’s Aid Society & Benefit Fund.