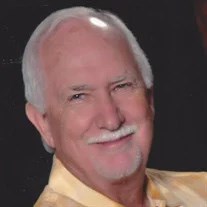 To join the livestream of the funeral service for Allen F. "Pete" Vinson, please select the link below. The streaming will begin at 12:50 PM Tuesday, November 1, 2022. The video of the service will also be archived for future viewing.
https://view.oneroomstreaming.com/index.php?data=MTY2NzI1MDc5NzIxNjU0OSZvbmVyb29tLWFkbWluJmNvcHlfbGluaw==

Pete was born February 13, 1949 at the home of his Uncle Bill and Aunt Pearl Brown, north of Vienna. He was the son of Frank and Nellie (Brown) Vinson.

On July 4, 2013, Pete was united in marriage to Cindy Brumley in Anna, Illinois. She survives.

In addition to his parents, Pete was preceded in death by an infant grandson – Ethan Rheaume.

Pete was employed for 30+ years by U.S. Enrichment Corporation (U.S.E.C.) at the Paducah, Kentucky facility. During his tenure, Pete held a variety of positions of responsibility and also served as a trainer.

Pete was a faithful Christian and pastored churches throughout the area from 1974 until his passing.

Pete loved spending time outdoors and living on his family farm. He was a faithful donor to local American Red Cross blood drives for many years.

A funeral service honoring the life of Pete Vinson will be conducted Tuesday, November 1, 2022, at 1 PM at Bailey Funeral Home in Vienna. Pastor Alan Milligan will officiate.

Burial will be in the Graves Cemetery, north of Vienna.