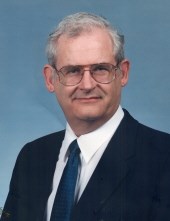 Robert was born June 7, 1945, in Redwood City, CA, the son of Robert B. Sr. and Phyllis Johnson Einhouse. He grew up in California but moved to Illinois in 1974 and it claimed his heart. Robert met his wife, Nancy K. Collison, on an Amtrak train in 1972 and they married in 1974 after meeting two years prior to the day. She preceded him in death on January 7, 2012.

Robert earned his Master of Divinity at Garrett Evangelical Theological Seminary in Evanston, IL. He was an ordained minister in the United Methodist Church, having served in Central Illinois for over 30 years. Robert donated many hours of his life to the Lion’s Club, Shriners, Meals on Wheels, and many other philanthropic endeavors. He was a railroad enthusiast and enjoyed playing strategy games.

He was also preceded in death by his parents.

Inurnment will be at Roselawn Memorial Park at a later date.