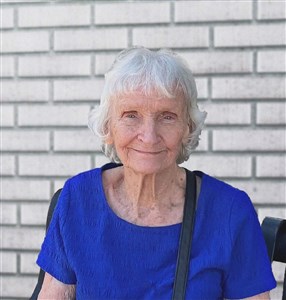 Maurine was born in St. Louis, MO and lived most of her early years in the Centralia, IL area. Maurine graduated at age 16 from Mt. Vernon High School. She graduated as a Registered Nurse from Alton Memorial School of Nursing in 1950 and received a master’s degree in counseling in 1988. Maurine worked as a registered nurse and director of nursing in several hospitals and nursing homes, as a counselor in a mental health center, in private practice, and with a hospice program. She married Rev. Ron Seibert in 1951 and they had 4 children, 12 grandchildren, and 20 great-grandchildren. She ministered to college students alongside Ron, who was a campus minister at the Wesley Foundations at Southern Illinois University and Western Illinois University. He also served the Immanuel United Methodist Church in Edwardsville, IL from 1971–72.

Maurine and Ron retired in 1992 and settled in Collinsville, IL where they were active members of St. John United Church of Christ. After Ron’s passing in 2018, Maurine moved into the Laclede Groves Independent Living community in Webster Groves, MO and joined Concord Trinity United Methodist Church. For many years she started and led “No Longer Stranger” groups with college students, church members, and recently with friends at Laclede Groves. These faith-based groups fostered personal sharing, scriptural meditation, and prayer.

Maurine loved many things: watercolor painting, traveling to Fort Meyers Beach FL and Estes Park CO, doing jigsaw puzzles, reading, caring for plants and her kitty Punkin, going to a weekly hymn sing, and spending time with biological family and the chosen family she created around her wherever she was. She was an example to all who knew her of how to show unconditional love to others, follow God’s call to a life of prayer and service, and maintain a vibrant zest for life.