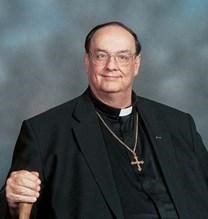 Bill was born on July 27, 1947 to William K. and Stephanie Renner in Brooklyn, NY. Bill went to high school in Panama-after finishing he enlisted in the U.S. Army. He was stationed in Ft. Hood, Ft. McClellan, Vietnam, Korea, and Germany for over 7 years. He rose to the rank of Staff Sergeant and among his many honors he received the Bronze Star and Purple Heart.

On November 21, 1969, Bill married the love of his life, Maralee Young, at the Eastridge Church of the Nazarene in Kankakee, IL. Bill and Maralee had two sons: Charliam and Shalom. Upon being honorably discharged from the Army, Bill took his first pastorate at the Church of the Nazarene in Orleans, IN. Bill attended Nazarene Bible College in Colorado Springs and continued to serve Nazarene Churches in Colorado, North Dakota, Indiana, and Illinois for 18 years. For an additional 19 years, Bill and Maralee served 9 congregations in the Illinois Great Rivers Conference of the United Methodist Church.

Bill loved to travel taking cruises with his wife. He enjoyed working in his flower and vegetable gardens. He adored being "Poppi" to his 5 grandchildren. He also had a prolific whale collection. His love of whales came from the line in Moby Dick which reads, "If God were a fish, He'd be a whale." He loved to laugh and share the love and grace of God. He was a wonderful husband, father, father-in-law, grandfather, pastor and friend to many.