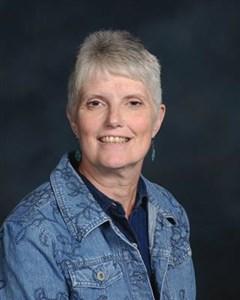 Alice was born March 18, 1955 in Belleville, IL to Rodney and Elizabeth (Bryan) Montgomery. She married Rick True November 16, 1979 in Richview, IL and he survives.

Alice loved each member of her family. Her grandchildren were a special joy. She was a devout Christian, currently serving as the pastor of Zion United Methodist Church in West Salem, IL. She was a minister in the United Methodist Church for 25 years and served in key leadership roles at both the District and Conference Level. Alice was a spiritual director for the Walk to Emmaus. She was honored to serve as Chaplain of the West Salem Volunteer Fire Department.
She loved to work in her flower garden and yard, and enjoyed traveling to see new places.

She was preceded in death by her father and one infant brother; Myron.

A Celebration of Life for Alice will be Sunday, October 5, 2014 at 2:00PM at the Zion United Methodist Church in West Salem, IL. Visitation will be from noon until time of service at the church.

Memorials may be made to the donor's choice.

Ingram Funeral Home of West Salem is entrusted with all arrangements.