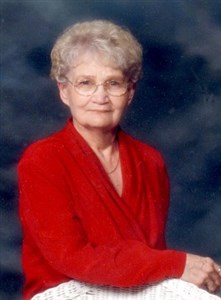 She was born on December 27, 1921, in Harrisburg, IL the daughter of Jesse and Imogene (Macarath) Hunt.  Emmalee was united in marriage to Rev. Carl Vernon Williams on November 22, 1959, in Mt. Vernon, IL and together they shared nearly thirty-three years of marriage until his death came on July 7, 1992.

Early in her working career, Emmalee work for the United States National Archives in Washington, D.C. for several years. After her marriage, she worked as her husband’s secretary in the churches where he served. She loved her family and always was seeing to their needs and managing her home. After the death of her husband and later the birth of her granddaughter, Emmalee decided to move from Mt. Vernon, IL to Marion in 1998, to be near her family.

She became a member of Aldersgate United Methodist Church of Marion. She loved music, especially playing the organ and singing in the church choir. Emmalee was an artist and when time permitted enjoyed painting and drawing portraits. She also was a member of the Beulah Holiness Camp Association.

She is survived by her son and daughter-in-law, Jeff and Sheila Williams of Marion, IL; two treasured grandchildren, Alexis and Joshua Williams both of Marion, IL, several nieces and nephews, other extended family and many friends.

She was preceded in death by her parents, husband, one sister and six brothers.

Arrangements for Emmalee F. Williams have been entrusted to the Wilson-McReynolds Funeral Home, 900 N. Court Street, of Marion, IL.

A time of visitation for family and friends will be from 5 to 8 p.m. on Wednesday, June 30, at the funeral home.

The funeral service will be at 11 a.m., Thursday, July 1, 2010, at Wilson-McReynolds Funeral Home with Rev. Tim Ozment presiding. Interment will follow next to her husband, Carl in Mount Vernon Memorial Gardens Cemetery near Woodlawn, IL.

For those who prefer memorial contributions may be made to “Aldersgate United Methodist Church Youth Ministry” or “Hospice of Southern Illinois”. Memorial contribution envelopes will be available at the funeral home or may be mailed in care of Wilson-McReynolds Funeral Home, P.O. Box 370, Marion, IL 62959. For additional information please contact the funeral home by calling 618-993-2131.