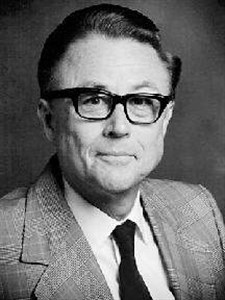 Dr. Ridall was born on a farm in Luzerne City, Pa. on March 9, 1921 to the now deceased Rev. Archie F. and Hazel Mae (Smith) Ridall. He served many years as an evangelist and Methodist pastor and was a professor at Olivet Nazarene College where he taught numerous courses including New Testament Greek and Biblical Archaelogy. He was the author of two chapters in the Beacon Bible Commentary and wrote numerous other scholarly papers. He had visited Jerusalem four times and had taught at the Mount of Olives.

He was received into full membership by the former Central Illinois Conference in 1971 and pastored Paris Trinity and later Redmon UMC, for nine years. He also served as pastor of Peoria Grace UMC for eight years prior to his retirement in 1988.

Memorials may be made to Asbury Seminary in Wilmore, Ky.

Online condolences may be sent to: www.auxterfuneralhomes.com